Ruzhitsa wind park is one of the large-scale renewable energy projects which provides enough electricity to power around 326 300 homes and displaces around 1 001 445 tonnes of carbon dioxide each year.

The park also brings economic benefits to the local municipalities – Kaolinovo and Nikola Kozlevo, as well as to Shumen province, including the creation of new jobs during the construction of the park and during its operation.

Ruzhitsa wind park will assist the government achieve its commitment to the European Commission in reaching 27% renewable energy in the energy mix by 2030.

Ruzhitsa wind park is part of CWP – a leading renewable energy sources (RES) project developer in Southeast Europe and Australia. Over the past 15 years we invest in the field of sustainable development and energy transition, and we are currently developing a total of 2 000 MW of RES capacities in four countries in the region – Bulgaria, Serbia, Romania, and Ukraine. This way we contribute to the provision of affordable green energy, accelerated replacement of expensive and polluting power plants and the reduction of dependence on oil and natural gas. Our company has realized more than 1 500 MW of projects in Europe and Australia with a total funding of over 3,5 billion euros, including the largest wind parks in Serbia (158 MW) and Romania (600 MW).

Our company works actively with local communities in Bulgaria and is a major participant in a number of social initiatives such as “Young Innovator”, Scholarship Fund “Go, Study and Come Back”, Operation “Teddy Bear” – an initiative for disadvantaged children and young people.

The project has planned the installation of about 55 wind turbines and associated infrastructure on a territory approximately 30 km north-east of the city of Shumen – in the Kaolinovo and Nikola Kozlevo municipalities. The site is well suited to wind generation due to its reliable wind resource, suitable terrain, and proximity to existing transmission infrastructure.

A range of turbine sizes are being considered for the project. The dimensions of the wind turbines anticipated to be on the market in the next few years are with height of up to about 267.5 m (from base of the turbine to top of the blade tip), with generating capacity of up to 8 MW. Larger turbines enable greater energy generation from a smaller number of generators, lowering the levelized cost of energy. 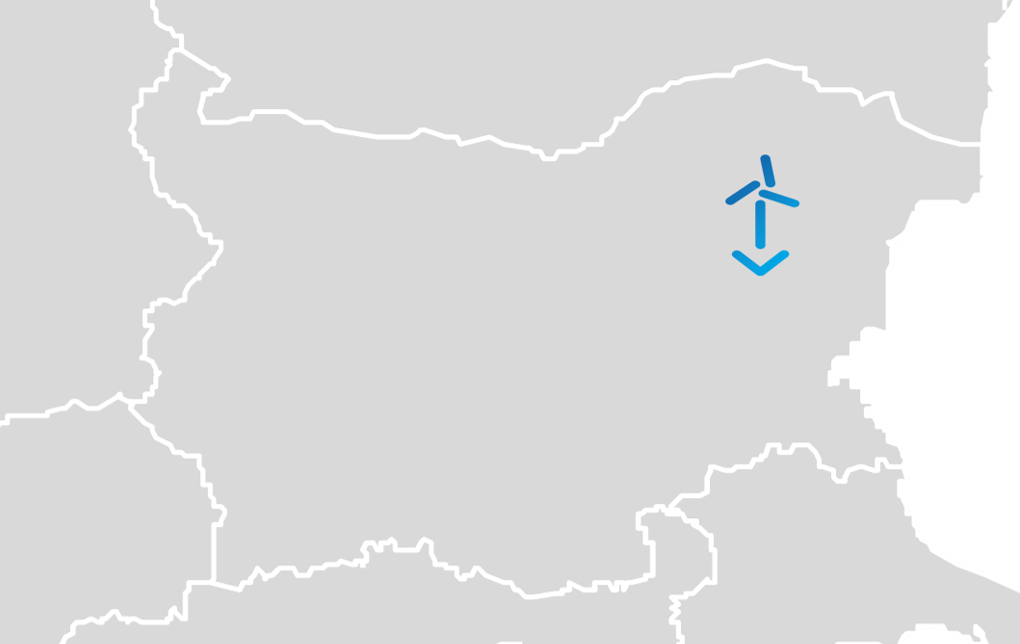 CWP is committed to developing its projects the right way. In line with this, Ruzhitsa wind park is being constructed and operated in accordance with all relevant approvals and regulations.